How Did Olathe Shape the Course of American History? 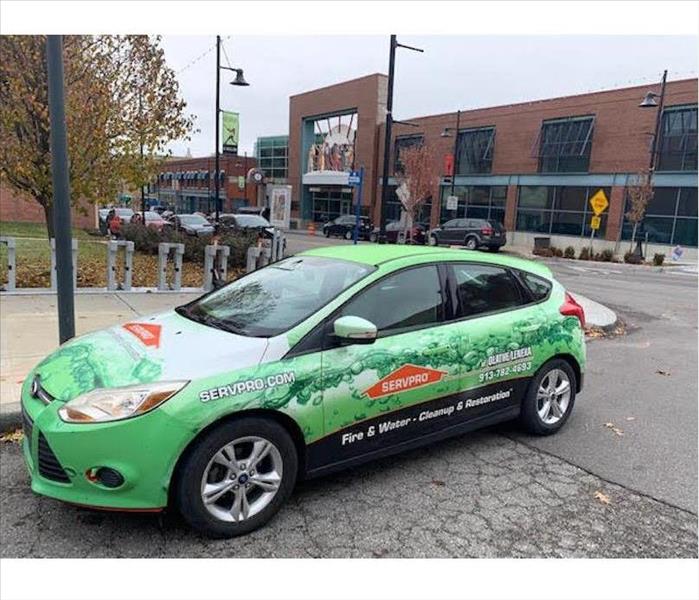 Residents of Olathe would play a role in the course of the American Civil War.

As with most of the major wars that the United States and other foreign powers have gotten involved with, the tipping point was not reached overnight. For the Civil War in the 1800s, Americans were at a divisive point where a conflict was inevitable. Racial and territorial tensions would split the country into halves but left specific territories like Kansas as neutral ground unclaimed by the north or the south. The involvement of those living in settlements like Olathe at this time would ultimately be a driving point in the escalation of this inevitable conflict, especially with the direct interaction with Missouri residents.

Kansas Could Choose for Itself

In a time of great turmoil in the country, western expansion was as crucial to the American people as their position on slavery issues. When new states were joining into the country, such as Kansas and Nebraska, it was critical to determine where these territories would land on the most divisive platform in the union at the time. Senator Stephen A. Douglas of Illinois would suggest a method of finding an agreeable compromise between the northern and southern states regarding new additions and their positions on slavery: The Kansas-Nebraska Act.

Olathe would be one of the cities most heavily targeted by this act, as it would make the state's position subject to a popular vote. Abolitionists and pro-slavery residents would clash often and violently to persuade or dissuade those on the fence, especially in border cities like Olathe, against Missouri's southern leanings. Ultimately, when the Civil War would begin, growing cities like Olathe and surrounding towns would continue to be targeted during the Bleeding Kansas conflict.

Olathe Against the Southern States

Olathe would be one of the areas that would directly tie to the Bleeding Kansas era surrounding the Civil War years. Because it joined the union as a free state, immediate conflict and tensions existed at Missouri's borders. Olathe was among the first areas where any bands of Confederates would attack when across the border. For a time, it served as a military outpost for one company and the available local militia.

Even though Olathe would decommission the military outpost within four years of its creation, three separate violent attacks would occur here and nearby Lawrence. While this is one of the most infamous and sordid points in the city's history, modern Olathe remembers their stand and position on slavery and the Civil War and continues to honor this involvement with annual festivals, fairs, and re-enactments of the period.

The City of Olathe manages multiple properties registered and accepted among the national register of historical sites. One such structure is the Mahaffie House, which was originally a resupply point for wagons passing through the area. With the city being one of the stops along the Oregon trail, many travelers had to seek haven and purchase dwindling food and other vital resources on their ways to make a new life in the wild and unkept west.

Ensor Farm area is another historic property that you should take the time to see, even if you have lived here in Johnson County your entire life. Among the most noteworthy aspects of this property (and its radio tower behind the house) is the desire to educate students through radio transmissions by the late Marshall Ensor. These free courses helped many learn about morse code and the technical aspects of obtaining a Federal Radio License.

The Diversity of the City in the 20th Century

A little more than a decade ago, Olathe was considered among the top 25 growing cities in the country. Despite it being one of the top five largest municipalities in Kansas, its inclusion with the Kansas City metropolitan area helps make the area attractive to prospective homebuyers that want to avoid costlier properties and utilities closer to the largest metropolis in Missouri. With more than 140,000 residents, every decade has marked a steady increase in the growth of residents, retail, and commercial enterprise.

Despite much of Kansas being rural farmland that helps to supply the necessary produce and grain to feed the country, cities like Olathe are arenas to showcase the diversity of the state and its residents. As such, we have a broad cultural influence in municipalities like Olathe, focusing on promoting the arts, sciences, and social acceptance for all. The city works to embody its name 'beautiful' derived from the indigenous Shawnee people in more than appearances.

How Fast Water Restoration for Your Olathe Home Makes a Difference

As leading water restoration professionals for the Olathe and Lenexa areas, we can appreciate the value of a fast response when disasters strike. Water can spread quickly through a home or business, impacting both the structure and its contents simultaneously. Relying on competent and experienced restoration professionals like our SERVPRO team can ensure that the right measures get taken to protect as much of the property as possible immediately.

Water restoration in Olathe involves multiple phases beginning with controlled demolition and extraction. With a general contracting license, we can implement many emergency services such as repairs and preventative demolition when we first arrive. These professionals can also relocate and pack-out contents to our nearby facility for items that require more direct and thorough drying and cleaning attention.

Thorough drying of your home is a process that also must get started as soon as possible. Because We're Faster To Any Size Disaster, we are prepared to reach damaged homes quickly in a crisis. Establishing drying zones and deploying industry-leading tools, equipment, and technology ensures that less building materials like drywall, carpeting, hardwood flooring, cabinets, and subflooring become irreparably damaged before drying can complete.

As challenging as water disasters might initially appear, you can count on the fast response and experience of our SERVPRO of Olathe / Lenexa team to help. We are available 24/7 by calling (913) 782-4693.