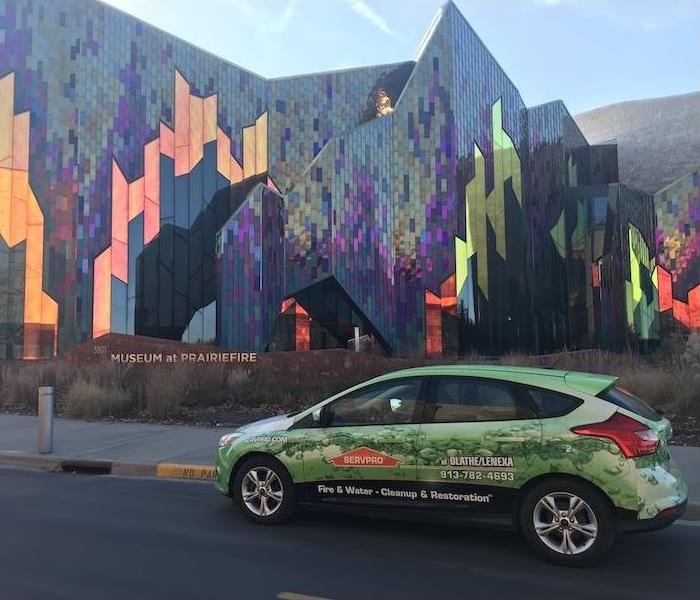 SERVPRO can complete fire restoration in your business after fire damage.

Recognized as one of the Best Places to Live in, Olathe Showcases America’s History and Growth in Every Corner

As one of the most populous cities in Kansas and the county seat of Johnson County, Olathe has much to offer. Dating back to 1857, when Dr. John T. Barton established Olathe, it was its beauty that first attracted Barton to the area. As a matter of fact. It is said that “Olathe” is the Shawnee translation for “beautiful,” which is how its founder described it. Although it wasn’t the first city in the County, its growth gained recognition as the county seat, which was ratified in 1859.

Like much of Kansas, the struggle between slaves and abolitionists was felt strongly in Olathe. Often considered a precursor of the Civil War, “Bleeding Kansas” was a period in which anti- slavery activists and pro-slavery individuals clashed in violent confrontations. Raids and murders in Kansas and neighboring Missouri killed hundreds of people as the political debate ensued. The main issue of the time was whether Kansas would support or repeal slavery since the state’s senators would greatly influence the already divided U.S. Senate. In 1854 the Kansas-Nebraska Act allowed the decision about slavery to be made through popular vote.

After much conflict, Kansas eventually joined the Union in 1861 as a free state. However, the times were not peaceful. In 1862, a Confederate raid led by William Quantrill destroyed most of Olathe, and at least two others followed this raid. It wasn’t until 1865 that Confederates fully surrendered.

Aside from its role in the American Civil War, Olathe was also an essential part of the Oregon Trail. As the Oregon Trail connected the Missouri River to Oregon and its eastern portion took place in Kansas. Similarly, the California Trail also traveled from the Missouri River to California, and Olathe also became a stop on it. Not surprisingly, travelers on the Santa Fe Trail also stopped in town before continuing their travels. Being a resource for travelers, it became the city’s primary economic focus, as evidenced by the Mahaffie Stagecoach Stop and Farm, which is now a historic site. Founded by James Beatty Mahaffie and Lucinda, his wife, it was the central hub for many westbound travelers who visited Olathe. Once the transcontinental railroad became an option, the once-bustling city lost its primary source of income and became a small, sleepy town.

It wasn’t until well into the 20th century that I-35 was built and simplified the connection between Olathe and nearby Kansas City. Once easy travel was possible, Olathe rapidly became part of the greater metropolitan area, particularly in the 1980s. The growth of businesses and services enticed many to move to Olathe, and it’s still growing to this day. As a matter of fact, Olathe has been recognized as one of the best cities to live in the United States by reputable publications.

Not surprisingly, Olathe hosts important businesses within its industrial partners. Most notably, ALDI, Honeywell, and Garmin are some of the top employers. Curiously, Farmers Insurance Group’s largest employee concentration is in Olathe, even though its headquarters are in California.

Among some of the accolades received by Olathe, you can find the following:

Olathe’s rich history is at your fingertips when you visit the area. Its role in the growth of Kansas and the history of our nation cannot be denied. To explore it, you can see the following attractions:

If museums are not your preference, you can also take a guided walking tour of the Olathe Memorial Cemetery, where you can learn about famous people who played a pivotal role in the history of the town and of our country. While you’re there, make sure to take a look at the beautiful trees surrounding the cemetery grounds.

Protecting the Business Community in Olathe

Businesses in Olathe have the benefit of thriving in a place where modern structures co-exist with historical buildings. Whenever fire restoration services are required for a commercial setting, our SERVPRO team is mindful of the materials and structural specificities the site presents, and we perform our work accordingly. Our competent team has trained with the best in the industry to understand how smoke and fire travel through your space. As a result, we know precisely how to tackle the soot and smell left behind by the flames.

Cleaning fire damage is more complicated than simply wiping down with a household cleaner. Each surface requires careful attention, so the cleaning solutions; abrasive nature does not cause any further damage. Additionally, items not yet affected by the fire need to be separated as much as possible to avoid cross-contamination. Our SERVPRO crew has the wherewithal to address each of your specific needs throughout the restoration process.

SERVPRO of Olathe / Lenexa and SERVPRO of Blue Valley is here to protect you when disaster strikes. Call us at (913) 782-4693 as soon as you need us and let us work for you until your business looks and feels, “Like it never even happened.”